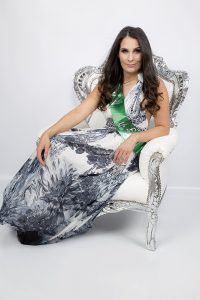 Dani Masterson is an Irish actor who graduated from University of West London in 2013, where she studies Theatre studies. Dani went on to further her studies with with The Gaiety School of Acting. Previous television experience include the role of Eanid in the 2016 Elmar production of An Irish Story and the P. Frannie.